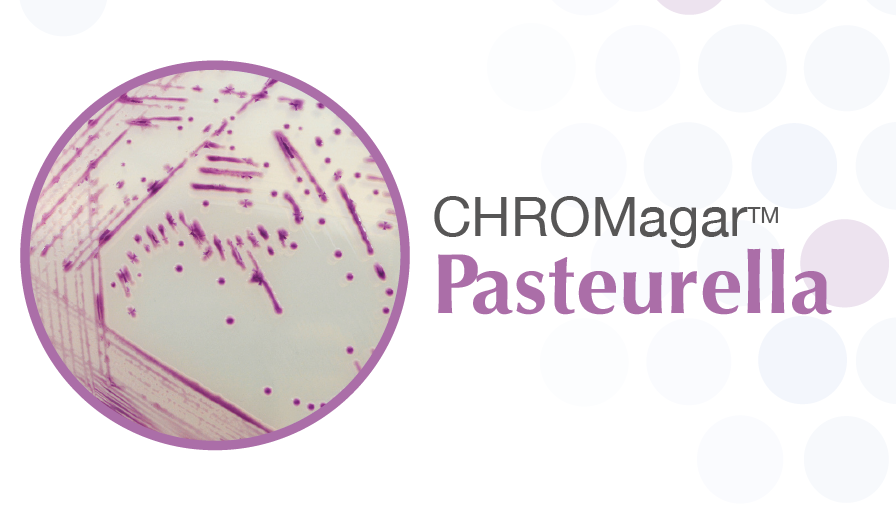 Bacteria of Pasteurellaceae family are commensal to the upper respiratory tract of many vertebrate species. Histophilus somni, Pasteurella multocida and Mannheimia hemolytica are among the main bacteria associated with the pathogen complex animal respiratory diseases.
The impact of such respiratory infections can be significant especially in cattle herds where we would observe stunted growth, decline in milk production or even animal death.
Because early detection of Pasteurellaceae is essential to avoid spreading of the decease, CHROMagar™ has developed the only specific culture media able to detect Pasteurellaceae.
Nasal swab, trans-tracheal aspiration (TTA), bronchial lavages, lung samples.
Unique Chromogenic Media:
First and only available specific medium for Pasteurellaceae in the market.
- Lower workload:
It differentiates the target group from other bacteria by a distinctive mauve colony color.
- Highly Selective:
Most of the environmental flora will be inhibited.
- Early Plate Reading:
Most isolates will have a noticeable colony size after just an overnight incubation.